Support Group Meeting #26 was held on October 27, 2020, at 6:30 P.M. It was our sixth VIRTUAL Zoom meeting. Beauty contestant winner of the âMrs. Washington Pageantâ and farm girl, Robin Brown, gave a very inspirational talk about her life and how she ended up competing after her ostomy. 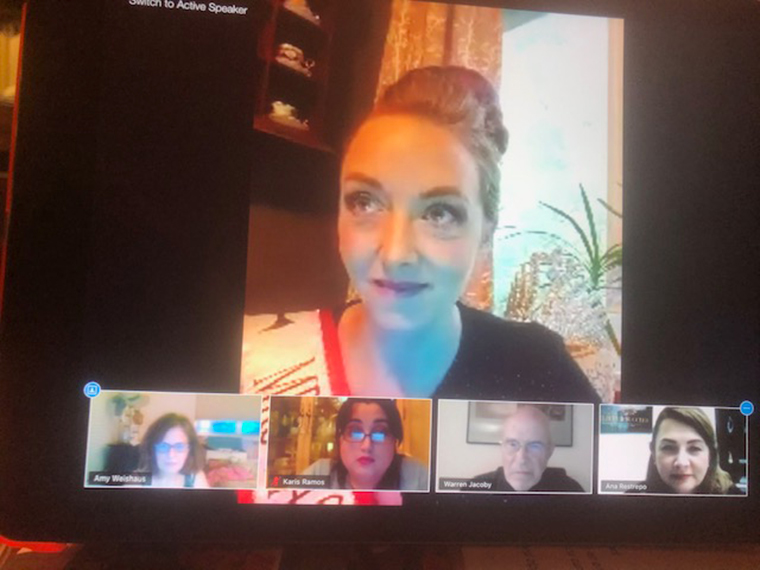 She developed ulcerative colitis when she was very young. It was referred to as a stress tummy. She was very sick when she was 21 â vomiting and odors made her sick. She went to the ER and they found she had septic salmonella and removed a section of her bowel. She said that she had at least 13 surgeries from age 21-31 and after her last resection at age 31, she finally felt better. Unfortunately, she was in an accident where she was crushed between a truck and the back wall of her garage, which shattered her pelvis and broke four bones in her back, plus other injuries. She had to learn how to walk again. Before that she had a job in the medical field but during that time, she could not work and they had to live on his salary alone.

With all of this, her colitis continued to flare while she was in her 30s, consequently causing more surgeries. Her doctor finally said that the corrective surgeries were not working and she needed an ostomy.

Reality and depression set in after her ostomy and she felt less than she was before. She said her husband was amazing and she had an great support group, but having a bag on the outside changed how she was on the inside. She was hiding from everyone. She wore baggy clothes, did not want to go out. After about two months, her husband suggested that she share her story on Facebook, which she did. She even lifted up her shirt so they could see what an ostomy was. She felt that was healthy and a good experience.

Someone suggested that she enter the Mrs. Washington pageant. She applied, was accepted and picked ostomy awareness as her charity. She did not want to wear anything form fitting and asked if they could design outfits around the bag. Prior to the contest, she met someone who was scared to have an ostomy and at that moment because she related to her, she knew exactly how she was going to dedicate her life to ostomy awareness.

She did not win that year, but entered again and won! She will be competing in the Mrs. America contest in Miami in August, 2021.

She raises money for Seattle children who need ostomies. She suggests that ostomates order free samples from all of these medical appliance companies so they can try them to see what works for them. She has a 9 year old child who was 2 Â½ when she had her accident and a 25 year old stepson who does not live at home.

She ended with a cute storyâ¦The first day of school, her child told the class that my mom goes to the bathroom in a bag and wanted her to show everyone the bag.

We appreciate Robin sharing her story with our group.

Our next support meeting with be on Tuesday, November 24th.