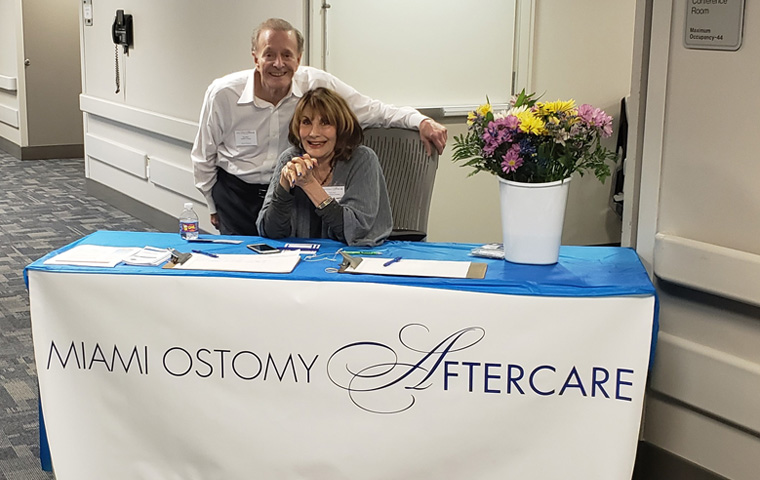 Founder/President Hal Spaet of the Miami Ostomy Aftercare Program at the registration table with Sue Gale.

We were so pleased that 28 people helped launch our first meeting.

Rob Seaman, Secretary/Treasurer of Miami Ostomy Aftercare, has been in health care pharmaceuticals and medical device manufacturers in the Northeast and Southeast for over 36 years. He has spent 33 years focusing his efforts in the ostomy market in acute, post-acute and patient support groups. He has worked in the Ostomy arena for all of these years for ConvaTec. Rob is considered an Executive Ostomy Care Specialist. We are very fortunate to have him on our Board of Directors. He was our master of ceremonies at this first meeting and introduced the attendees. He presented an overview of MOA’s plans that have already been set into motion and our plans for the future. 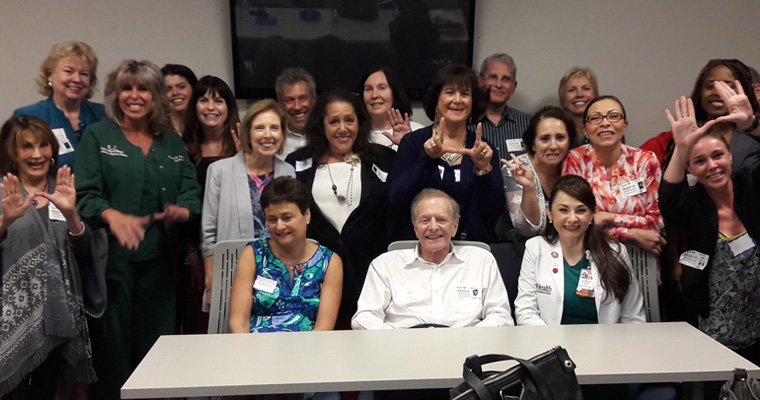 MOA Vice President Ana Restrepo, B.S.N., R.N., C.W.O.N., with University of Miami Hospital, introduced Crystal Rouhani, the guest speaker, who is the director of business development for Aventura Mall. Mrs. Rouhani spoke about being a care giver for her mother after her mother’s ostomy surgery.

Founder/President Hal Spaet spoke personally to each person in attendance. Refreshments were provided.

Our next Support Group meeting will be held on Tuesday, June 26th at Jackson Memorial Hospital.

We hope you all will join us.